Dystocia is when natural delivery of the foal cannot occur. This is most commonly due to improper position of the foal which does not allow for the foal to pass through the birth canal.  Dystocia can also result because the mare is unable to deliver the foal herself due to a uterine tear, uterine atony or lack of uterine contractions, uterine torsion or twist of the uterus, or previous injury such as a pelvic fracture causing narrowing of the birth canal. Dystocia is a true equine emergency and prompt intervention is paramount to improving the outcome for both the mare and foal.

To identify a dystocia, it is important to know the mare’s presumed due date and a normal pregnancy can last 330-345 days with some breed specific variations. Knowledge of the breeding date will help to know when foaling is expected and when to closely monitor the mare. This can be more important if the mare has a history of dystocia or other problems during pregnancy. There are three stages of delivery:

A foaling that is attended by knowing the mare’s potential foaling date can help reduce problems associated with dystocia and allow for prompt veterinary intervention if needed.

Some common abnormal positions include:

Figure 1: Common abnormal positions of the foal resulting in dystocia. 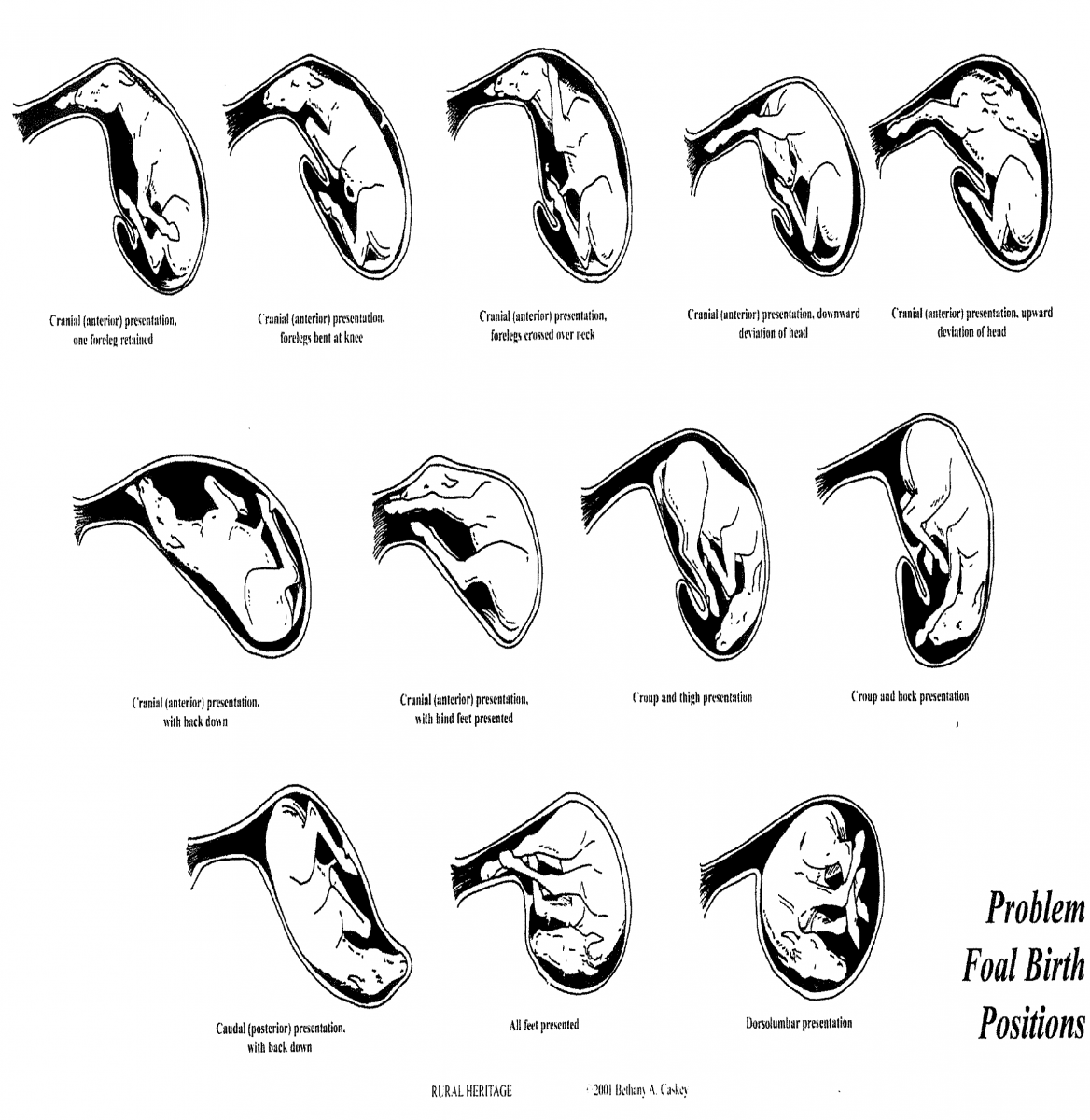 There are several techniques to resolve a dystocia, but the focus is usually to deliver a live foal while preserving the reproductive tract of the mare to continue a career as a broodmare.

Assisted Vaginal Delivery
Delivery is achieved with the mare standing and without using general anesthesia. Liberal amounts of lubrication can be helpful to facilitate delivery. Tools such as a head snare or obstetric chains are frequently used (FIGURE 2).

Controlled Vaginal Delivery
This option is performed in the assisted vaginal delivery is unsuccessful. The mare is placed under general anesthesia and her hind end hoisted in the air to facilitate manipulation of the foal (FIGURE 3).

Cesarean Section
If controlled vaginal delivery is unsuccessful, a cesarean section is the next option to deliver a live foal. The mare is maintained under general anesthesia and a midline abdominal incision is made followed by incision in the uterus to deliver the foal (FIGURE 4).

Fetotomy
An instrument called a fetotome is used if the foal is not alive and a cesarean section is not an option. This a last resort to remove the foal.

Figure 2: A foal delivered via assisted vaginal delivery with the mare standing. Obstetric chains have been placed around each front leg to help with delivery. 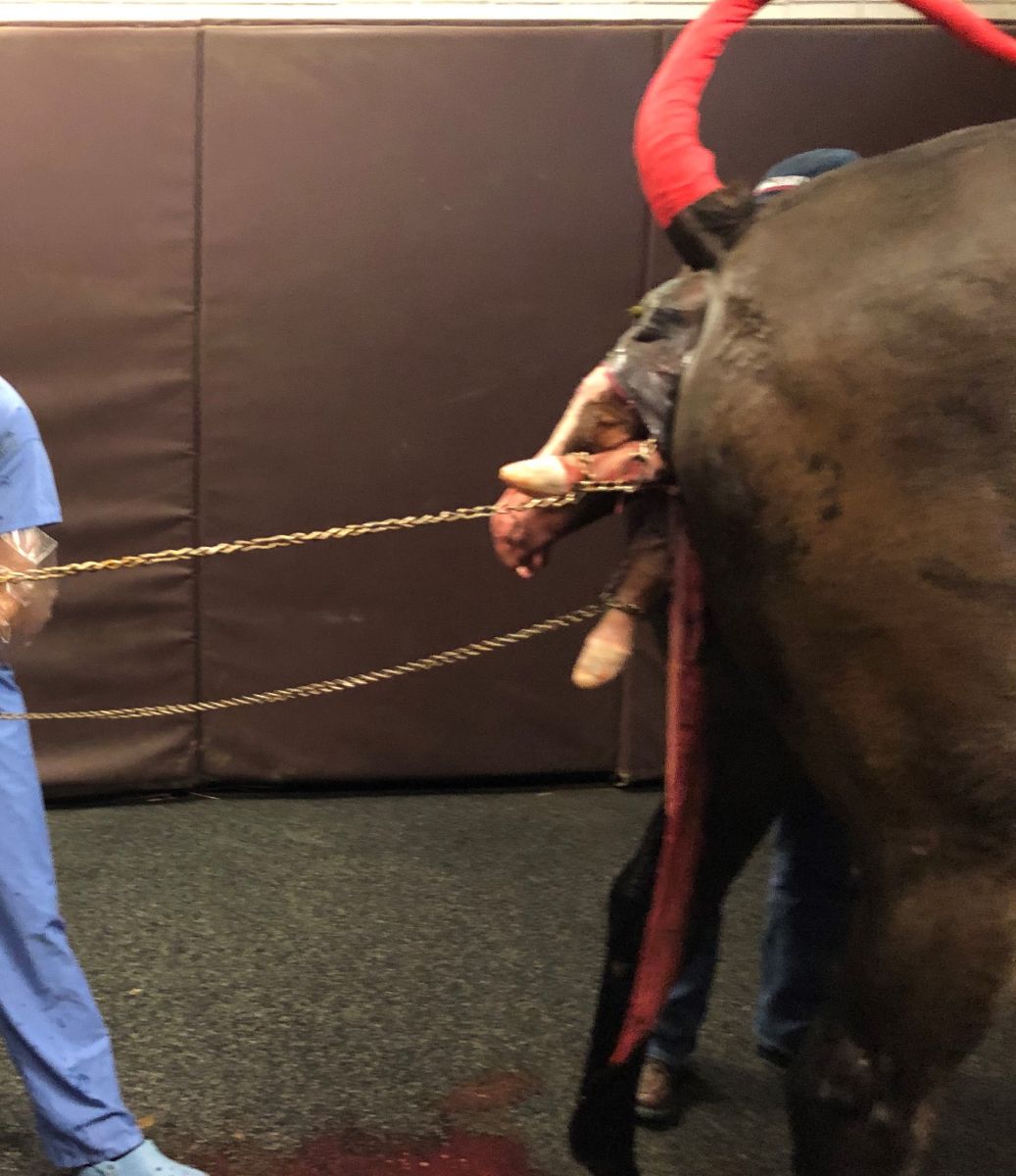 Figure 3: A board-certified veterinary surgeon resolving a dystocia using controlled vaginal delivery. The fetus is being manipulated into the proper position to facilitate delivery. 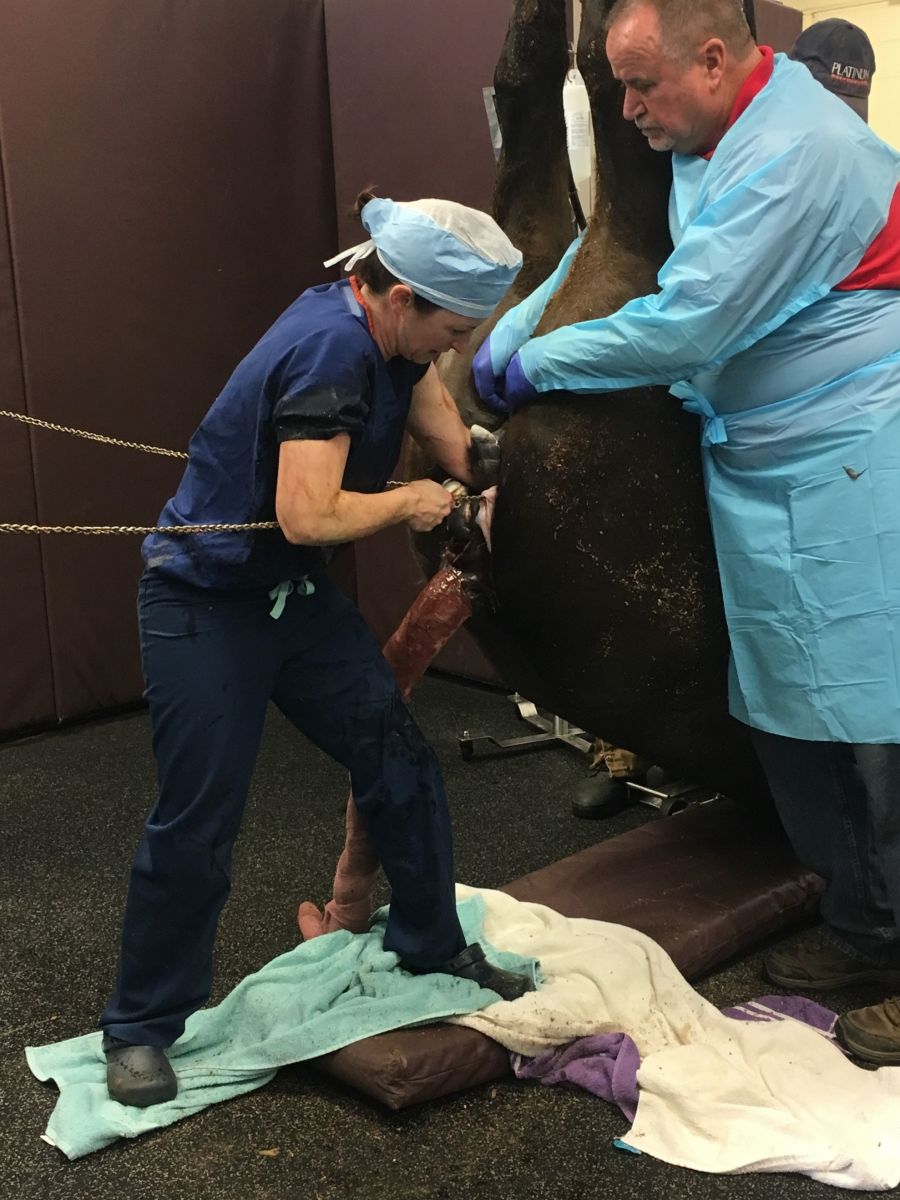 Figure 4: A board-certified surgeon delivering a foal via a cesarean section. 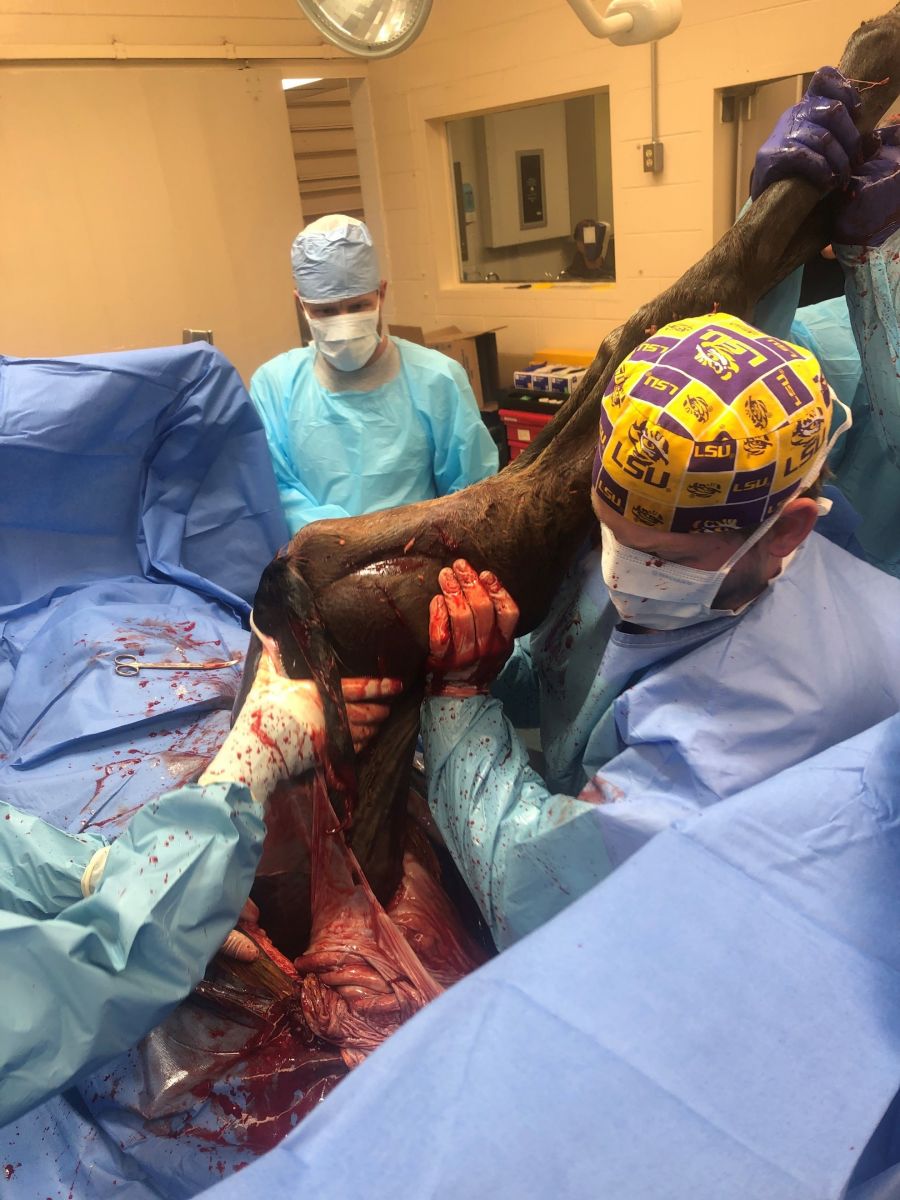 Dystocia may require intensive treatment of both the mare and foal depending on how the foal is delivered or if any complications arise. Complications of the mare may include but are not limited to, injury recovering from anesthesia, retained placenta, uterine tear, periparturient hemorrhage (bleeding after foaling), and cervical tear.  Complications with the foal may include fractured ribs, a “dummy foal”, or other injury from foaling.

The mare can be bred the same year and get in foal, but that is dependent on the technique used to resolve the dystocia and if the mare has any complications. Typically, a mare bred the following after a cesarean section has better conception and foaling rates than if she was bred the same year. Routine follow-up care by your veterinarian is critical to identify and treat any issues that may arise with mare and foal.